Malaria case incidence and mortality have considerably decreased since the turn of the century, but the pace of decline has stalled and even reversed in some regions since 2014. New tools and strategies are urgently needed.

Towards a malaria-free world

At a time when resistance to current drugs and insecticides to control the mosquito that transmits malaria is emerging, and we face the threat of resurgence where malaria is controlled but not eliminated, there is common agreement that the only sustainable solution is the  elimination of the disease, as reflected in WHO’s global goals and strategies. Reestablishment of malaria eradication as a goal for the international community has led to important changes in the strategies adopted by endemic countries and in the research and development agendas of major scientific centres and their funders.

The Malaria Elimination Initiative reflects the Institute's commitment to this ambitious goal and its strategic decision to promote multi-layered interventions to achieve this end. 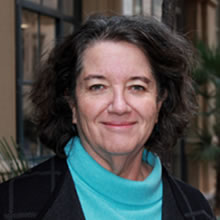 Malaria eradication is a long-term goal that will only be reached by implementing the best science and data-driven strategies. Despite the challenge, we should not renounce to what would be one of the major achievements in the history of public health

Regina Rabinovich, Director of the Malaria Elimination Initiative at ISGlobal and ExxonMobil Malaria Scholar in Residence at the Harvard T.H. Chan School of Public Health.

ISGlobal research teams, based in different countries around the world, generate knowledge and scientific evidence ranging from basic science to implementation science. Our activities include:

In addition, ISGlobal trains public health professionals and researchers who work on issues related to malaria elimination through the annual course of Science of Eradication: Malaria, orgnanised with Harvard University and the Swiss Tropical and Public Health Institute, and generates opportunities for knowledge sharing between the different stakeholders.

ISGlobal is a WHO Collaborating Center for Malaria control, elimination and eradication. It supports the WHO policy-making and guidance on malaria elimination and actively participates in the WHO Strategic Advisory Committee on Malaria Eradication.

216 million cases of malaria estimated in 2016, in 91 countries
15 countries account for 80% of malaria deaths. All but India are in Sub-Saharan Africa
5% was the increase in malaria cases between 2014 and 2016, worldwide. For the Americas, the increase was of 36%

The initiative seeks to generate novel possibilities for action and impact, and establish collaborative agreements with academic institutions, international organizations and national governments to advance malaria elimination in different regions of the world.

Highlighted projects of the initiative:

MESA (Malaria Eliminaton Scientific Alliance): ISGlobal leads the Alliance and plays a role in the definition and follow up of the R&D agenda for malaria eradication (malERA and malERA Refresh). The Alliance is funded by the Bill & Melinda Gates Foundation.

MALTEM (Mozambican Alliance Towards Elimination of Malaria): In partnership with the Manhiça Health Research Centre (CISM), ISGlobal supports the National Malaria Control Programme in Mozambique in its efforts to eliminate malaria in the south of the country. These actions are funded are funded by a partnership established between the Bill & Melinda Gates Foundation and “la Caixa” Foundation.

“Malaria in the Crosshairs” Exhibition: The Story of the Fight Against This Disease

Nanovectors Could Improve the Combined Administration of Antimalarial Drugs