We are trying to decide what language to use for the interview. He apologises for his limited Spanish and suggests that perhaps English would be better. We could also use his native Italian, or even Portuguese, the language he has used for years in Brazil and the one he still speaks at home with his wife. He hesitates... “We’ll do it in portuñol!”

Davide Rasella has been leading the Health Impact Assessment (HIA) group of ISGlobal’s Severo Ochoa programme since June 2020. An expert on the use of data sources and analytical methods for determining what effect certain policies, programmes and projects have on the health of the population, Davide intends to apply this type of methodology in ISGlobal’s areas of activity.

Born in Bergamo in 1977, he earned a degree in pharmaceutical biotechnologies at the University of Milan. Almost immediately after graduating, he flew to sub-Saharan Africa for his first exploratory experiences with various NGOs, including Médecins Sans Frontières. Initially as a volunteer and then more professionally, he came into contact with “extreme poverty, extreme violence and extreme deprivation” as the coordinator of nutritional and public health interventions. 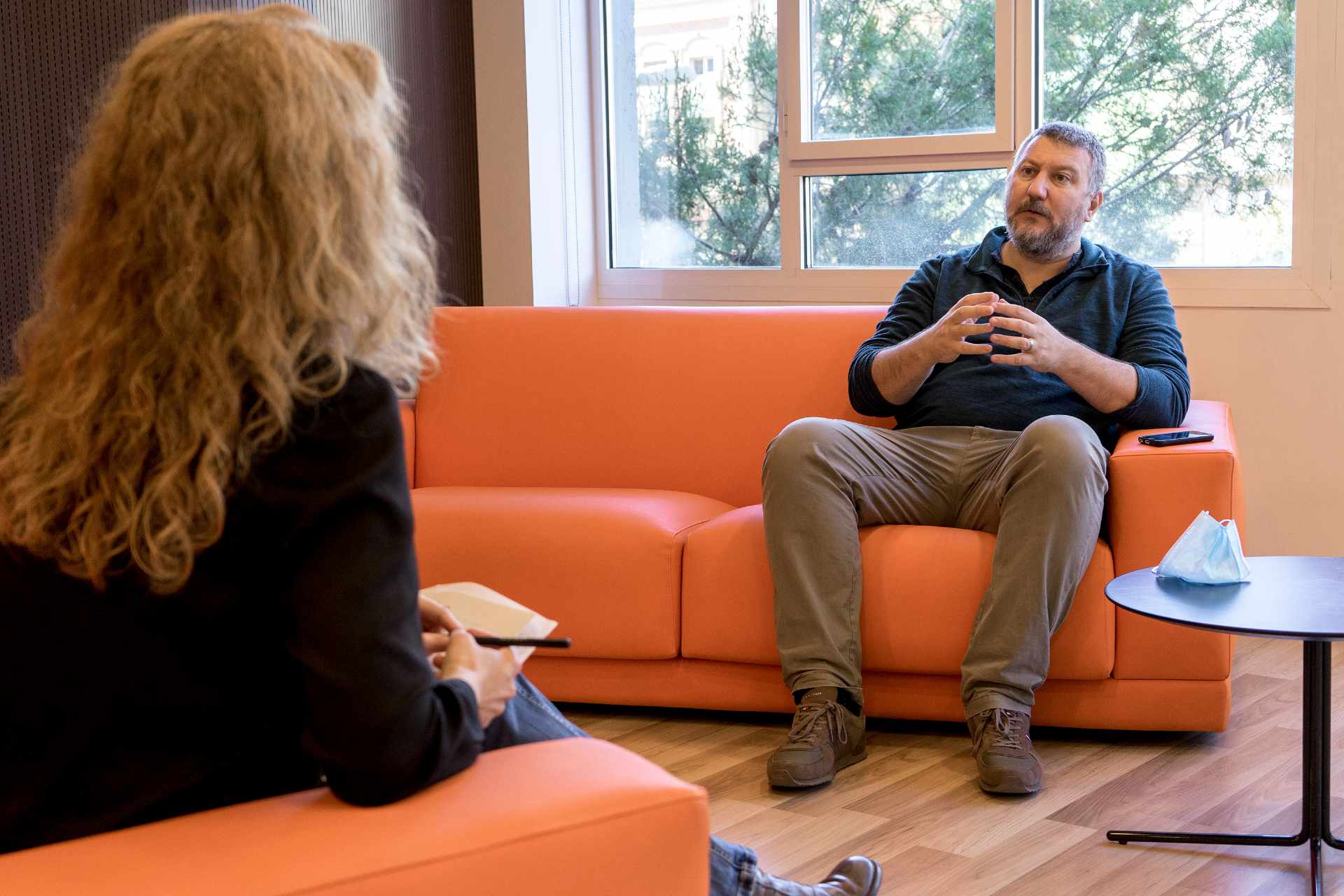 What made you want to go to these conflict zones in Africa?

At first, it was a somewhat childish feeling of wanting to change the world in some way, to take action. I saw some shocking situations: in the refugee camps of Chad during the war in Darfur, in the Ituri province of Congo and in the Central African Republic in times of conflict. I was able to help but, as I gained experience, I also realised that it was possible to intervene in these situations in a more structured way, because what was happening there was determined by more general circumstances that were beyond our control. I decided to go back to school so that I could act on another level.

What did you study?

Public health. I did a Master in Community Health and a PhD in Public Health Epidemiology in Brazil. The country was going through a very peculiar period at the time. Lula da Silva had become president, and at that historic moment I found that Brazil was managing to reduce inequalities and poverty. It was an incredible experience. I became very interested in social epidemiology, which is one of the most important aspects of my professional profile, and also in methods for evaluating the impact of interventions. At that time in Brazil, big interventions were being carried out to reduce poverty, improve primary care, etc., but there was very little evaluation of their results, so we didn’t know whether they worked or not, or what impact they had on the country. We learned a lot. And then, in 2015, the economic crisis hit Brazil. The whole country, including our research group, had to reinvent itself. 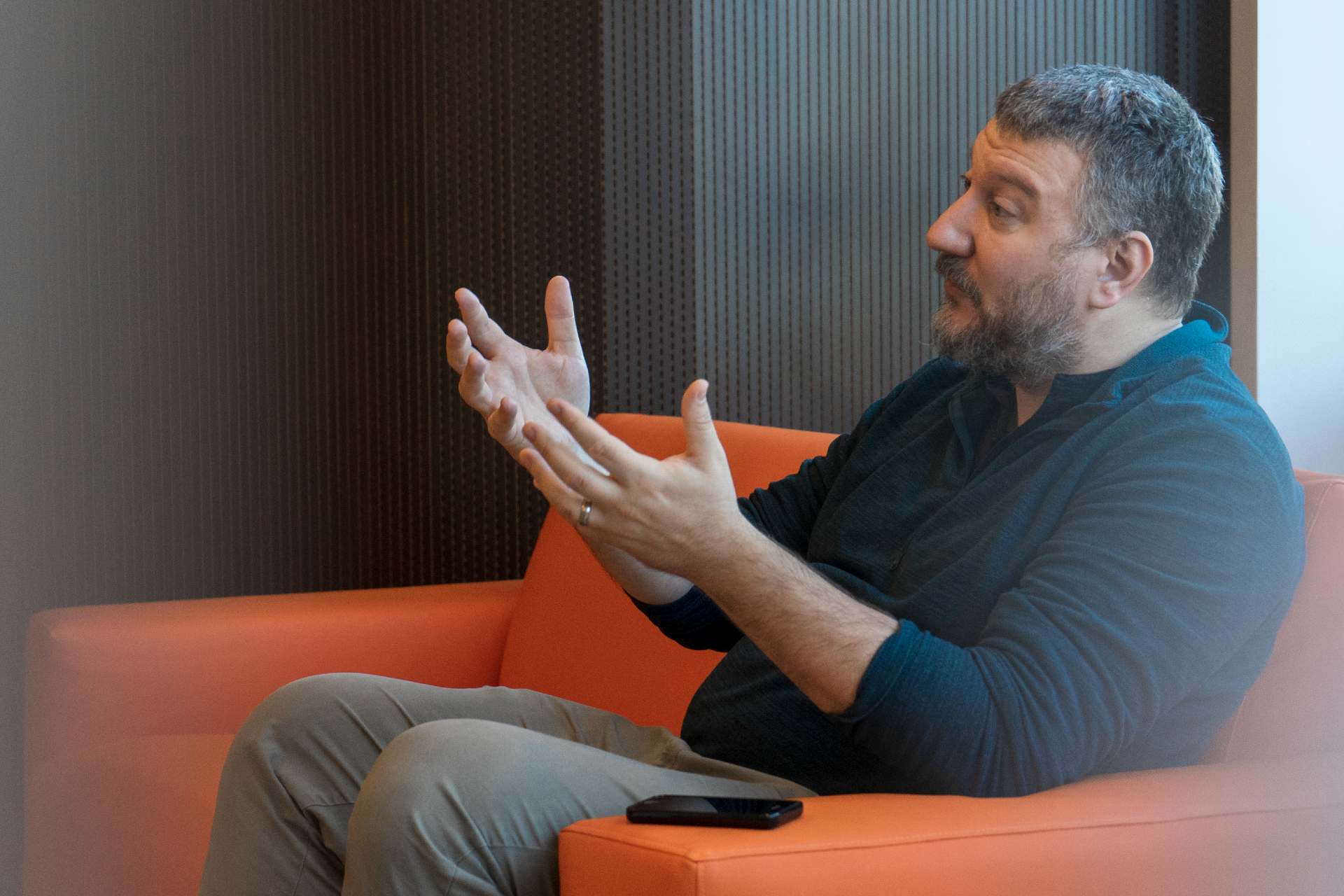 Looking back to move forward

What did you do?

We took the knowledge we had acquired and used it to make projections. In other words, we went from being a group that looked at interventions that had already been implemented to being a group that was forecasting the impact of possible policy responses to the crisis. Poverty was skyrocketing and we scientists were able to provide evidence on what was most effective in protecting the most vulnerable populations. We were able to show how some policy strategies could save thousands of lives —of children, or of adults with various vulnerability profiles. We also realised that our methodology could be applied to other countries. My aim at ISGlobal is to build a strong group that provides evidence to decision-makers in a global way. In many countries, very effective interventions have been implemented but their impact has not been measured.

My aim at ISGlobal is to build a strong group that provides evidence to decision-makers in a global way. In many countries, very effective interventions have been implemented but their impact has not been measured

Why is it important to do this?

Because, unfortunately, periods of expansion alternate with periods of crisis. In times of crisis, certain policies run the risk of disappearing precisely because their importance has not been understood. In these crises and in reconstruction efforts, it is essential to anticipate the impacts that different public policies can have. By working with economists, mathematicians and statisticians, we are able to create models that show decision-makers what impact a given intervention will have on the mortality of children, mothers, adults or vulnerable populations, and also on health inequalities, and so on. These models allow us to compare options to see which is best. 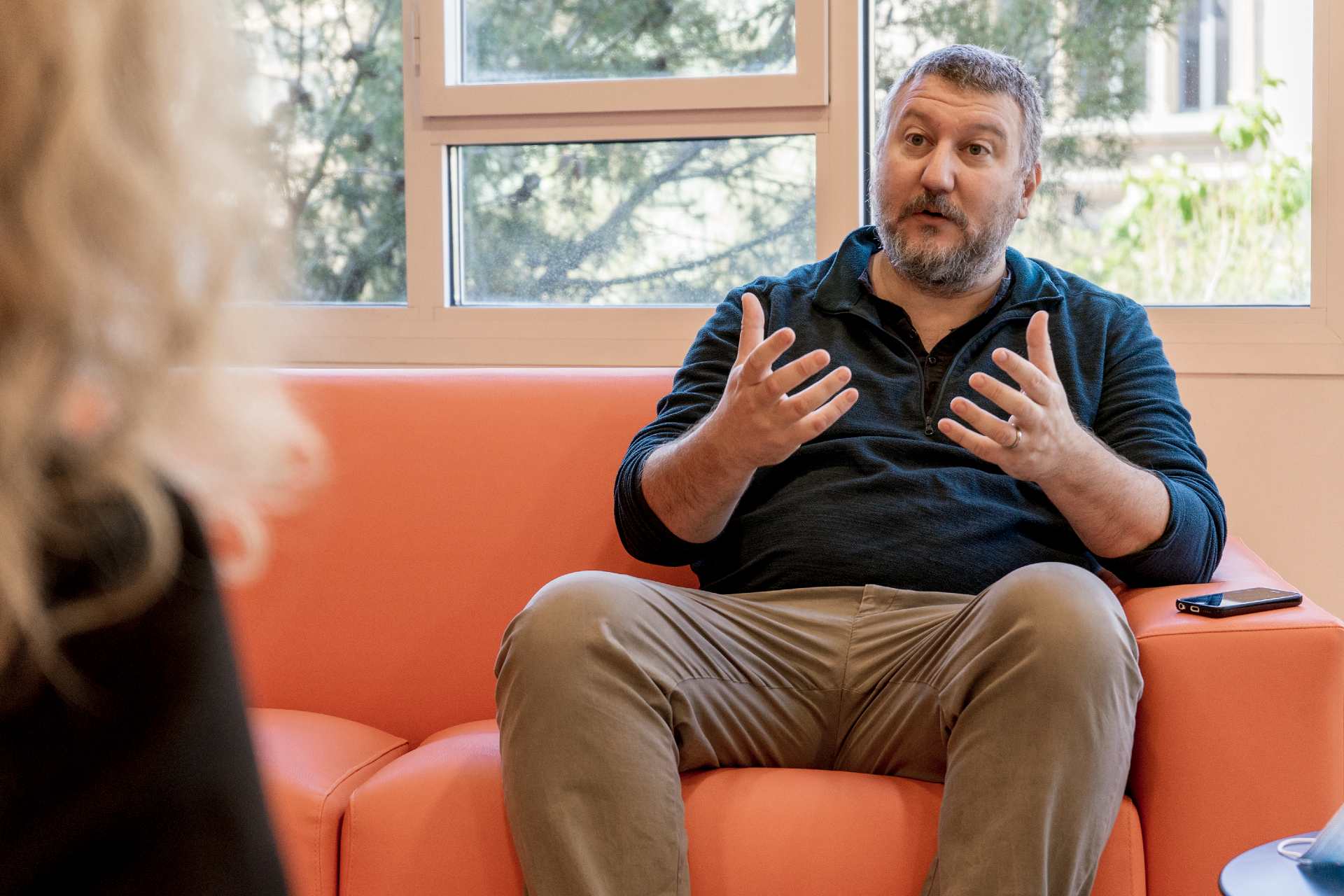 How reliable is this sort of impact measurement?

Mathematical models are useful for making projections, as we have seen with COVID-19. It is possible to build models that are quite sophisticated. However, some variables are unpredictable: two years ago, I prepared a model on Brazil with a projection up to 2030 that did not foresee the outbreak of a pandemic. But a model can compare two policy options and help you see that going in one direction reduces child mortality more than going in another direction, for example. Poverty-reduction policies are still being questioned in many countries. Once the pandemic emergency is over, we know that the economic crisis will come, and that it will hit low- and middle-income countries especially hard. In that context, austerity policies will take a toll on the most vulnerable populations, so our instrument is very important. In Brazil, I would sometimes come across decisions to scale back primary care or programmes to help the poorest families. These decisions were based solely on economic criteria, without calculating how many lives depended on those programmes. That’s where we came in with our mathematical models. They do not provide a perfect estimate, but they do paint an adequate picture of the consequences of certain decisions.

Poverty-reduction policies are still being questioned in many countries. Once the pandemic emergency is over, we know that the economic crisis will come, and that it will hit low- and middle-income countries especially hard. In that context, austerity policies will take a toll on the most vulnerable populations, so our instrument is very important

Where are these projects taking shape?

Mostly in Brazil, but there is also a project that spans Mexico, Colombia, Ecuador and Brazil, and we may undertake a third project in Mozambique. Our HIA group is just getting started. We intend to apply social epidemiology methodologies in low- and middle-income countries (in Latin America or sub-Saharan Africa) and environmental epidemiology methodologies in European contexts, an area in which ISGlobal has a long tradition. 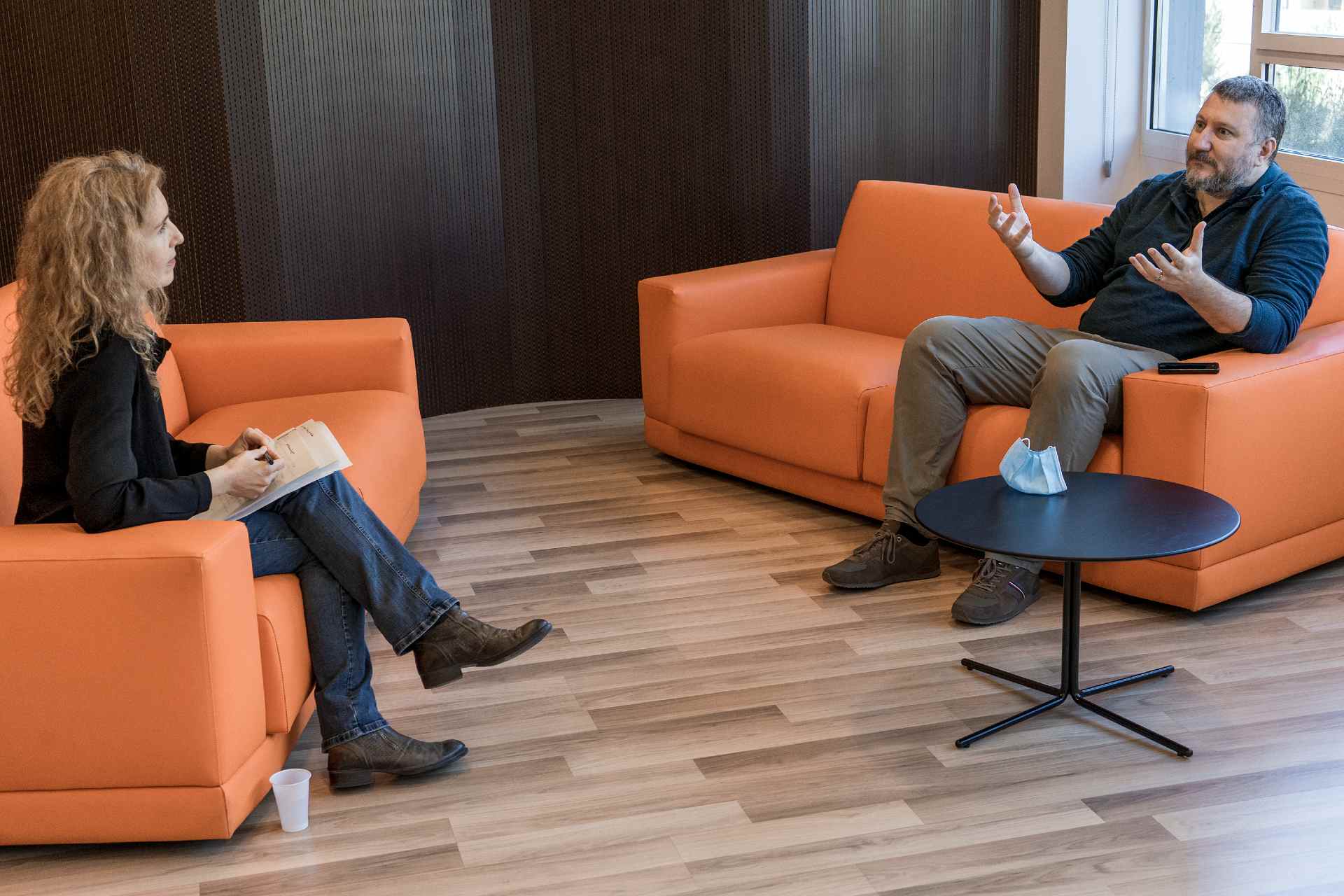 Are you particularly excited about any of these projects?

Our dream is to position ourselves well and contribute to the international scientific debate on how to evaluate policies for mitigating the effects of the global COVID-19 crisis —the brunt of which, I insist, will be borne by the poorest populations. The estimates suggest that hundreds of thousands of people will fall into extreme poverty or continue to become poorer, which will translate into deaths from diarrhoea, malnutrition, tuberculosis or other poverty-related illnesses. Our job is to try to show that the poorest people need to be protected in order to prevent another wave of deaths after COVID-19. This has to be a public health priority in the coming years. We will develop models and carry out studies to show how many lives can be saved by protecting these vulnerable groups.

Our job is to try to show that the poorest people need to be protected in order to prevent another wave of deaths after COVID-19. This has to be a public health priority in the coming years. We will develop models and carry out studies to show how many lives can be saved by protecting these vulnerable groups

Have any actions been shown to be particularly effective?

Our models and studies, which are sophisticated, convey a relatively simple message: if you reduce extreme poverty, you also reduce mortality by a lot. Poverty reduction is very “cost-effective”. In Brazil, the Bolsa Família programme—one of the largest poverty-reduction programmes in the world—costs about US$5 billion, a relatively low figure considering that it covers 25% of the population (about 50 million people). At this limited cost, the programme has been able to sharply reduce child and maternal mortality, as well as many other poverty-related conditions and diseases. In other words, relatively inexpensive interventions can save lives and reduce inequalities. And this is a goal that favours both the poorest and the richest people.

Our models and studies, which are sophisticated, convey a relatively simple message: if you reduce extreme poverty, you also reduce mortality by a lot. Relatively inexpensive interventions can save lives and reduce inequalities 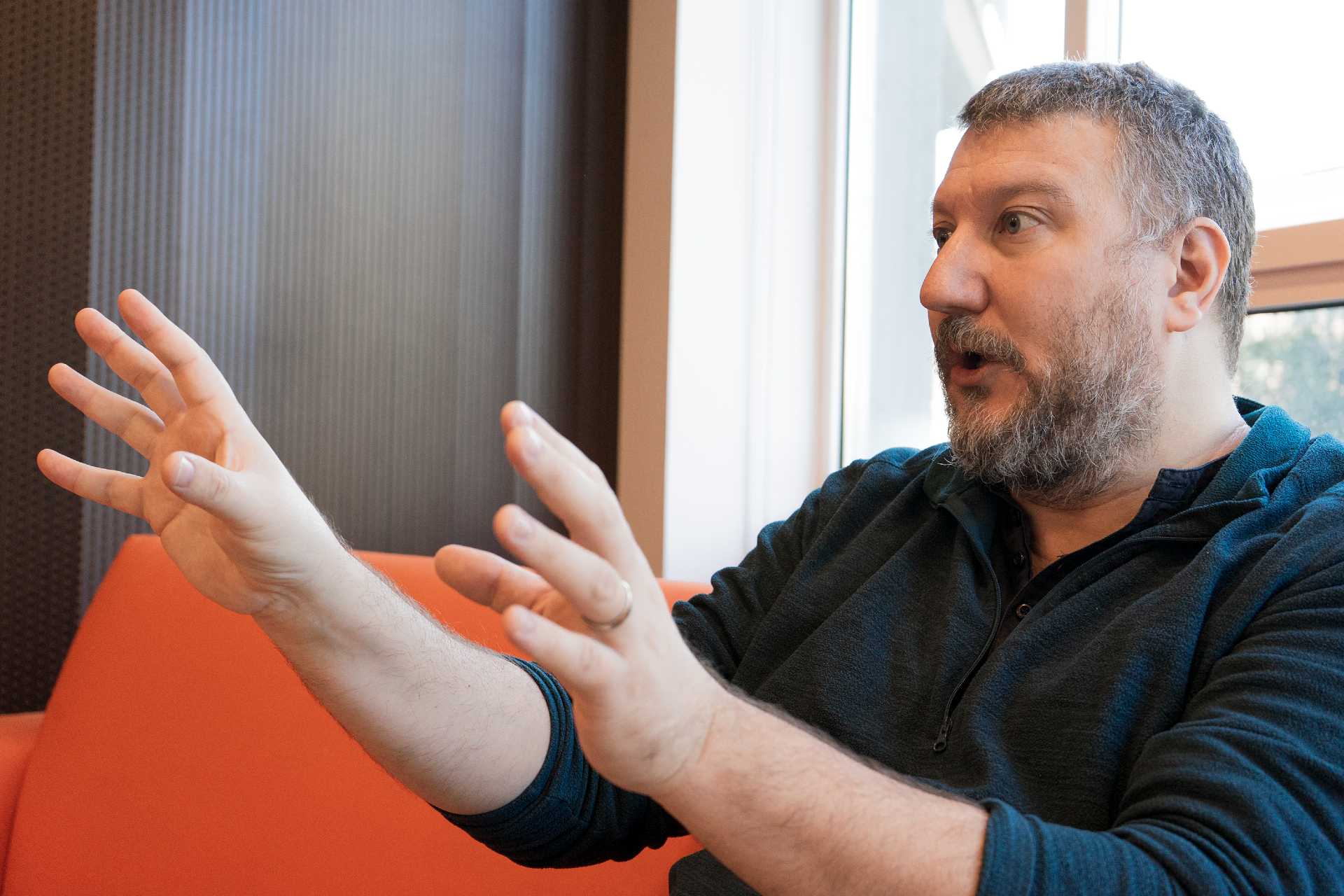 Do policy-makers listen to you?

That is a very important question. Our aim as a group is not only to produce excellent scientific papers but also to try to influence policy-making with our evidence. In Brazil, we had a period of great dialogue with the government, but this is not always possible. It depends on the sensibility of the politicians in power and their political position. We work along these lines. We want to do advocacy.

Have you been able to change reality through your studies?

I would like to think so. When the economic crisis hit Brazil in 2015, there was a tendency toward fiscal austerity. Brazilian society was in a politically complex moment of crisis and conflict. Against that backdrop, our articles—which showed, for example, how many child deaths could be prevented by acting in the opposite direction—entered the political debate. We were interviewed by major Brazilian media outlets, we gave lectures, etc. Some of the public health policies that were adopted to preserve primary care may have taken our evidence into account. 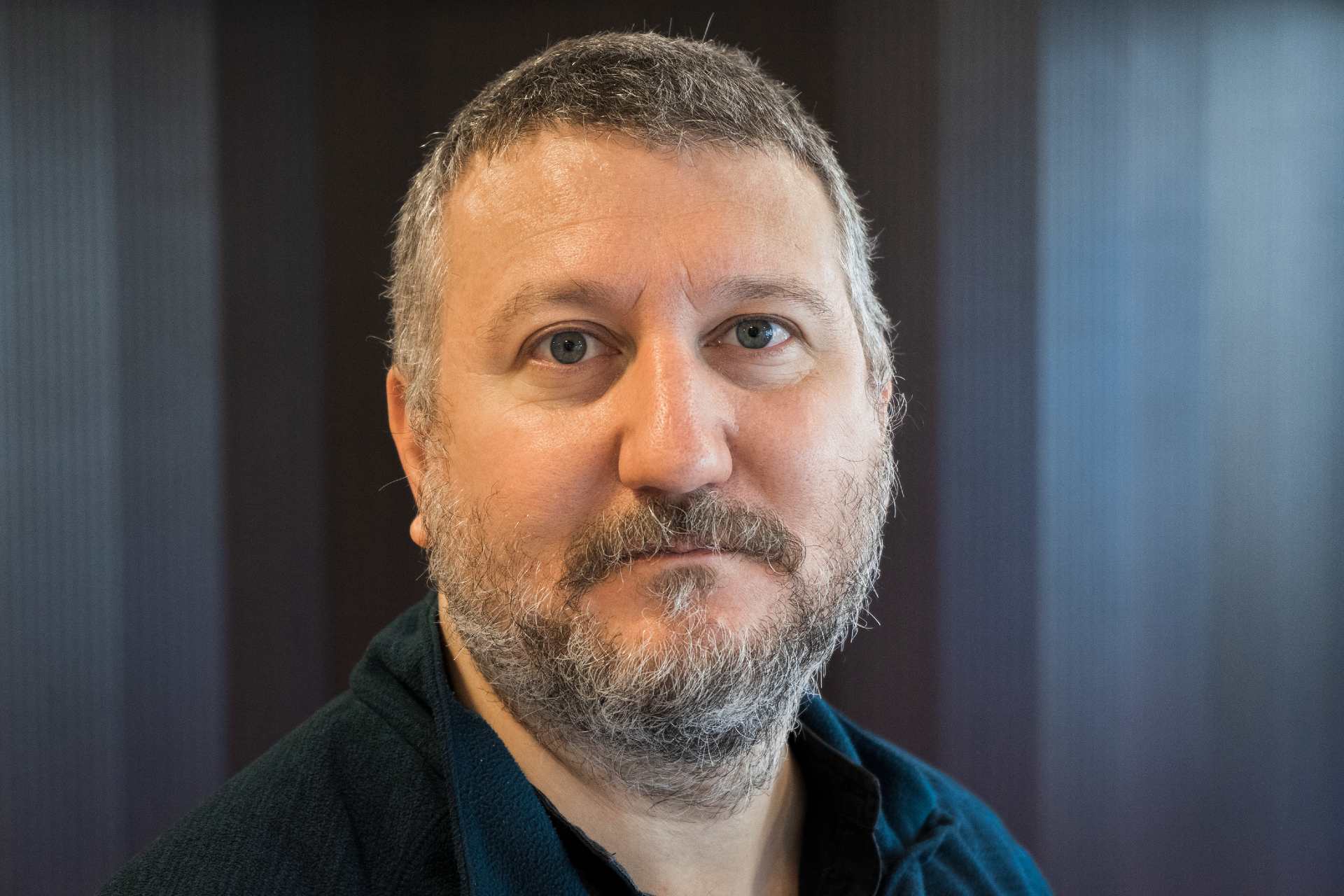 Why did you leave Brazil?

I wanted to do what I was doing there in other countries. This is what we set out to do as a group at ISGlobal. But I always have one foot in Brazil. I go there often. Scientific projects last for years and 70% of what I do is still linked to Brazil.

Do you expect the agreement that ISGlobal recently signed with Brazil's Oswaldo Cruz Foundation (Fiocruz) to help you?

Yes. I was already collaborating with Fiocruz researchers and centres, and these collaborations will now be strengthened.

From a distance, has it been difficult for you to see the news about the severity of the pandemic in Brazil?

Brazil is going through a dramatic period. It has been for years now. But it has the potential to improve. I don’t want to get into a political debate because at this stage I think it is no longer a question of parties but of the division of society. One part of Brazil wants to reduce inequality and poverty; another part is not interested in that and is driven by other priorities. We’ll see what happens in the next election.

Barcelona is awfully far from Brazil. How do you feel living here?

I feel at home! But I arrived in July 2020, right in the middle of the pandemic restrictions, so I still have to discover the city. My situation here is optimal. The working conditions at ISGlobal are fantastic. I have great freedom to develop my ideas and those of the group, and great support: Pre-award, Communications, etc. I interact with several working groups and there are many possibilities to collaborate and create new studies. We have the ideas; we have the people; we just need more funding. Funding science has never been easy, and in today’s context it is more difficult.

The COVID-19 Pandemic in Brazil has Overwhelmed its Health Systems