In  2015, the 68th World Health Assembly agreed an ambitious global strategy for defeating malaria, a disease which, despite being entirely preventable and curable, caused over 500,000 deaths worldwide in 2013 alone. The new World Health Organisation goals include reducing the global disease burden by at least 90% and adding a further 35 countries to the list of those that have already succeeded in eliminating malaria completely from their territories.

The "la Caixa" Foundation supported this global effort through the "la Caixa" Against Malaria programme to help rid the world's poorest countries of the burden of this parasitic disease and free them from the obstacles it poses to their development (malaria is considered the disease most closely linked to poverty).

The "la Caixa" Against Malaria programme is fully committed to the goal of eliminating malaria through its structural participation in the Barcelona Institute for Global Health, in which the Malaria Elimination Initiative plays a central role.

Through ISGlobal and the Malaria Elimination Initiative, "la Caixa" Against Malaria is currently supporting a malaria elimination programme in southern Mozambique through its contribution to the Mozambican Alliance Towards Elimination of Malaria. It also funds training and research activities as well as the work of analysis and raising public awareness about plans to eliminate malaria from various regions of the world and the the ultimate goal of global eradication. 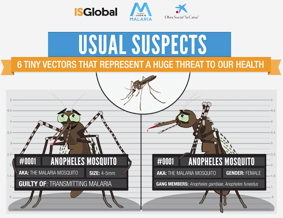 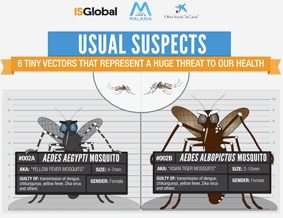 New Epidemiological Data on the Incidence of Burkitt Lymphoma in Mozambique

IBEC, ISGlobal and Bioiberica Join Forces to Study New Strategies Based on Nanomedicine to Combat Malaria

ISGlobal Applauds the Fact that Europe is Malaria Free