A study led by ISGlobal and performed in Bolivia in collaboration with CEADES, the Universidad Andina and the Health Department of Chuquisaca, validates the parallel use of two rapid diagnostic tests for Chagas, using whole blood samples. The results, published in Plos Neglected Tropical Diseases, indicate that the combined use of these rapid diagnostic tests (RDTs) could substitute the more laborious conventional tests, allowing immediate treatment and increasing its effectiveness.

Chagas disease is caused by the Trypanosoma cruzi parasite. An estimated 6-7 million people are infected, of which 30% will end up developing severe digestive and/or cardiac complications. The problem is that the acute infection phase goes often unnoticed, while during the chronic phase the parasite is concealed and difficult to detect directly.  The only way to diagnose the disease at this phase is through the presence of antibodies against the parasite, but the conventional serological tests require equipped laboratories and trained personnel. Although RDTs have been developed, the result must still be confirmed by conventional serology, which delays treatment initiation. The later the treatment is started, the less effective it is.

The goal of this study was to determine whether the combination of two RDTs that detect antibodies to different parasite proteins was enough to obtain a conclusive diagnosis. The study was performed in Bolivia, the country with the highest prevalence (estimated at 6%) worldwide. Using blood samples from 342 patients who attended a reference centre in Sucre, the authors showed that the Stat-Pak and Chagas Detect Plus tests, when used in combination, had 100% sensitivity and 99.3% specificity, as compared to conventional tests.

“The advantage of using these tests is that they do not need electricity or cold chain and can give results in one hour directly from whole blood samples” says Ma. Jesus Pinazo, coordinator of the study. The authors conclude that the combined use of these RDTs in remote regions could substitute conventional tests, allowing immediate treatment and favouring better adhesion to it.

A High Percentage of Patients with Chagas Disease are Also Infected with the Intestinal Parasite 'S. stercoralis' 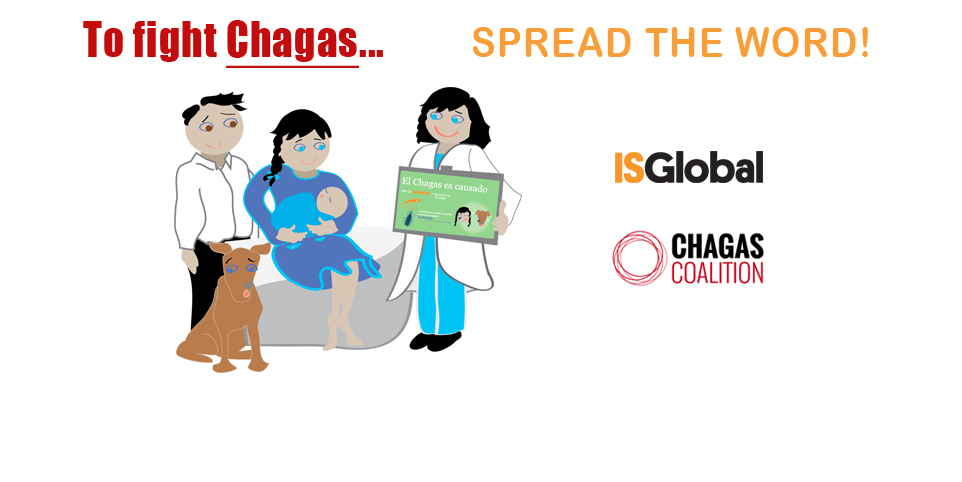