Testing pregnant women for malaria has great potential to improve disease surveillance at the community level, measure progress in disease control, and implement interventions tailored to the local context. In a review published in Trends in Parasitology, ISGlobal researchers Alfredo Mayor and Clara Menéndez discuss the evidence, benefits and challenges of implementing this approach.

Estimating the burden of malaria in a population is not an easy task. Estimates are commonly based on samples collected during national household surveys, to calculate the prevalence of infection among children aged under five, a population that is particularly vulnerable to the disease. Due to their cost, these campaigns are only performed every two to three years. To monitor the disease in a continuous manner, Mayor and colleagues propose using another vulnerable – but easy to access- population: pregnant women that attend antenatal clinics. 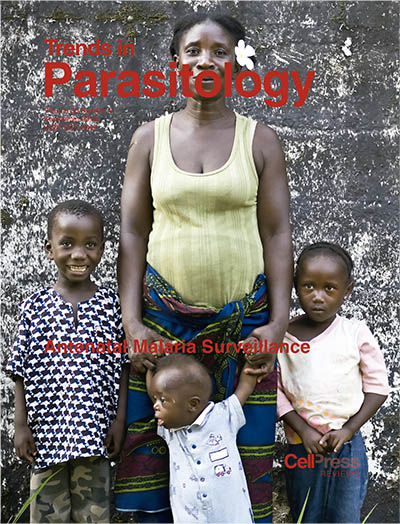 Cover of the journal Trends in parasitology

Indeed, several studies show that malaria prevalence among pregnant women generally reflects that observed among children under five in the same community. “In communities with high levels of malaria parasite transmission, the prevalence in pregnant women may be lower than in children, due to the immunity acquired in previous pregnancies,” explains Mayor, “but this can be overcome by restricting the analysis to primigravidae women.”

“The advantage of this strategy is that pregnant women attending antenatal clinics are a generally healthy and accessible population,” says Menéndez. The benefits of using antenatal clinics to complement surveillance systems in sub-Saharan Africa would be many: measure malaria burden in pregnant women, a particularly vulnerable population; evaluate trends in the use of preventive measures; monitor prevalence of asymptomatic infections, particularly in low transmission settings; identify hotspots of transmission, especially in regions where the disease is being eliminated; and measure the impact of interventions such as intermittent preventive treatment or massive drug administration. Beyond the presence or absence of the parasite, samples obtained could be used to survey drug resistance or determine the history of recent infections through serological analysis, for example.

The review also examines some considerations and open questions to implement this approach, such as the need to determine the best procedure and the minimal data required to infer trends in the whole population, as well as the acceptability by health care workers and pregnant women. ISGlobal, in collaboration with the Manhiça Research Centre, are currently performing a study, funded by the NIH, to address some of these questions.

“Integrating malaria surveillance in antenatal clinics would not only help better characterise and prevent malaria in pregnant women and improve maternal and newborn health, but also would provide valuable information for malaria control and elimination in the whole population,” concludes Mayor.

Parasites that Cause Asymptomatic Malaria Differ in Gene Expression as Compared to Febrile Infections, but Seem to Be Equally Transmissible

MAMAH, a Clinical Trial that Seeks to Improve the Prevention of Malaria among HIV-Infected Pregnant Women, is Launched

Malaria Resurgence Can Have Adverse Clinical Impacts on Pregnant Women