Stay informed on the COVID-19 pandemic and global health issues

A new study from the Barcelona Institute for Global Health (ISGlobal), a centre supported by the ”la Caixa” Foundation, provides further scientific evidence of the health benefits of well-designed urban planning. The study suggests that the built environment, green space and air pollution can affect cognitive and motor function in children.

According to numerous studies, the urban environment can influence neurodevelopment from conception onwards, for example through exposure to air pollution. However, previous research has not evaluated the impact of multiple exposure groups simultaneously using an early-life exposome approach.

A team from the European HELIX project, coordinated by ISGlobal, set out to analyse the impact of 13 urban exposures on the cognitive and motor function of nearly 5,500 children in seven European urban areas—Bradford, United Kingdom; Nancy and Poitiers, France; Gipuzkoa, Sabadell and Valencia, Spain; and Heraklion, Greece—using data from the birth cohorts Born in Bradford, EDEN, the INMA Environment and Childhood Project, and RHEA, respectively.

“To our knowledge, this is the first study to show the negative impact of some factors of the built environment on children’s verbal abilities” commented ISGlobal researcher Anne-Claire Binter, lead author of the study. "In previous studies, the land use diversity has been associated with positive health effects, so more studies are needed to interpret these results," she adds.

As for air pollution, in line with previous research, greater exposure to fine particulate matter during pregnancy was associated with lower scores on tests of fine motor function. “During pregnancy, the placenta and the blood-brain barrier, which protects the brain and spinal cord, are still immature defence systems and provide only partial protection to the foetus against environmental pollutants,” explained Binter.

The study also confirmed the mediating effect of air pollution on the association between green space and verbal skills. In other words, “ natural environments could have a beneficial effect on cognitive development by reducing the harmful effects of air pollution,” explained study coordinator Mònica Guxens, director of the INMA Project.

“Beyond urban green space—the health benefits of which have already been demonstrated by previous research—our findings suggest that other urban characteristics should be considered when studying environmental exposures that may affect children’s cognitive function,” noted Guxens. “The health of the population —especially the most vulnerable groups, such as children—should form the basis of urban planning,” she concluded.

The Exposome: Understanding the Effect of the Environment on Our Health

10 Keys to Integrating Health Into Urban and Transport Planning

Air Pollution, Smoking and Built Environment are Associated with an Increase Risk of Childhood Obesity

Traffic Noise Causes as Much Disease as Air Pollution 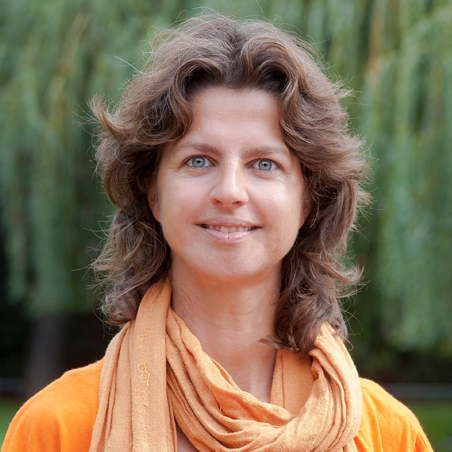 Why Exposome is Challenging Research

HELIX is one of the first two projects funded by the European Commission in 2012, launching the FP7 Exposome Research Programme to start ... 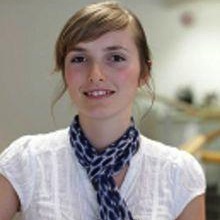 The Exposome: Understanding the Effect of the Environment on Our Health

Since the 1980s, research on the origin of diseases has focused on the genetic component. If you search in  Pubmed  for “causes...

They are important for you and for us because they influence your browsing experience, allow us to protect your privacy, and help us to continue improving the content by generating profiles based on browsing habits and thus displaying useful content.

By accepting some or all optional cookies you give consent to the processing of your personal data, including transfer to third parties, some in countries outside of the European Economic Area that do not offer the same data protection standards as the country where you live.

You can decide which optional cookies to accept by clicking on CONFIGURE, where you can also find more information about how your personal data is processed. View our Privacy Policy.

In accordance with the current data protection regulations, ISGlobal informs you of the following:

When you are requested to provide personal data for the provision of services, you will be informed of what data you must provide.

If you do not provide this required data, we will not be able to provide you with the services. The personal data you provide or that ISGlobal obtains as a result of your browsing, queries or requests via our webpage at www.isglobal.org (the “website”) will be included in a file owned by ISGlobal for managing, storing and tracking your requests for information and/or contracting of goods or services offered via the website. The information obtained from you by ISGlobal from the website when you sign up for a promotional event or send a form is processed with the utmost confidentiality for helping you to take part in the event in question or, in the second case, sending you the information you requested. The information obtained is not used for any other purpose. The personal data provided will not be disclosed or transferred to third parties without your consent.

When the completion of a form is requested, the user will be informed of the identity and data of the data controller and the Data Protection Officer, the purposes and legal basis of the treatment, the recipients of the data as well as, where appropriate, the international data transfers, the data retention periods and the user's ability to exercise their rights of access, rectification, deletion, portability, limitation and / or opposition to treatment, the right complaint to the control authority and the existence of automated decisions. The personal data collected will only be processed and / or transferred for the express purpose, and always with the consent of the user.

Information is only sent via the form(s) of the website after you have expressed your acceptance by selecting an "ACCEPT/SEND" (or similar) button, via which ISGlobal has proof that you gave your consent for it to process your personal data.

In all cases, you guarantee that the data you provide is true, exact, complete and up-to-date. ISGlobal may decline to provide the information or services requested to any user providing false data without prejudice to any other legal action open to it.

In virtue of Article 22 of Spanish Law 34/2002, of July 11, on the Information Society Services and Electronic Commerce, ISGlobal may store and retrieve "cookies" (data in a text file) from your machine, provided you have given consent and after we have provided you with clear and complete information on the use of these cookies. You may obtain complete information on the purpose for installing these cookies and what they are used for in ISGlobal's Cookies Policy.

This does not prevent any technical storage or access for the sole purpose of carrying out or facilitating the transmission of a communication over an electronic communications network, or as strictly necessary to provide an information society service expressly requested by you.

You may exercise your rights of access, rectification, erasure, objection, portability and restriction of the processing by sending a request to the Data Protection Officer via email (lopd@isglobal.org) or the ISGlobal postal address: c/ Rosselló, 132, 08036 Barcelona, Spain. The request must include your full name, address for notices, a photocopy of your ID document or passport and an indication of the right you want to exercise.

If you are unhappy with the processing done by ISGlobal or believe that your rights have been violated, you may file a claim with the Spanish Data Protection Agency at any time (www.aepd.es – C/ Jorge Juan, 6, Madrid).

ISGlobal has implemented the necessary technical and organizational security measures in order to guarantee the security of your personal data and prevent its alteration, loss, treatment and / or unauthorized access, considering the state of technology, the nature of the stored data and the risks to which they are exposed, whether they come from human action or the physical or natural environment, all in accordance with the provisions of current regulations.

In accordance with Law 34/2002, of 11 July, on the Services of the Information Society and Electronic Commerce, if you do not wish to receive electronic commercial notices from ISGlobal in the future, you may inform us of this preference by sending an email to the Data Protection Officer (lopd@isglobal.org).

When you visit any website, it may store or retrieve information on your browser, mostly in the form of cookies. This information might be about you, your preferences or your device and is mostly used to make the site work as you expect it to. The information does not usually directly identify you, but it can give you a more personalized web experience. Because we respect your right to privacy, you can choose not to allow some types of cookies. Click on the different category headings to find out more and change our default settings. However, blocking some types of cookies may impact your experience of the site and the services we are able to offer.

These cookies are necessary for the website to function and cannot be switched off in our systems. They are usually only set in response to actions made by you which amount to a request for services, such as setting your privacy preferences, logging in or filling in forms. You can set your browser to block or alert you about these cookies, but some parts of the site will not then work. These cookies do not store any personally identifiable information.

These cookies allow us to count visits and traffic sources so we can measure and improve the performance of our site. They help us to know which pages are the most and least popular and see how visitors move around the site. All information these cookies collect is aggregated and therefore anonymous. If you do not allow these cookies we will not know when you have visited our site, and will not be able to monitor its performance.

Some of these cookies are set by a range of social media services that we have added to the site to enable you to share our content with your friends and networks. They are capable of tracking your browser across other sites and building up a profile of your interests. This may impact the content and messages you see on other websites you visit. If you do not allow these cookies you may not be able to use or see these sharing tools. Some other of these cookies may be set through our site by our advertising partners. They may be used by those companies to build a profile of your interests and show you relevant adverts on other sites. They do not store directly personal information but are based on uniquely identifying your browser and internet device. If you do not allow these cookies, you will experience less targeted advertising.