The discrepancies between the estimates for global tuberculosis deaths by the World Health Organisation (WHO) and the Institute for Health Metrics and Evaluation  (IHME) is due to different methodologies and data sources used by each institution. These differences are considerable in terms of absolute numbers for a dozen countries, according to a study led by ISGlobal – an institution supported by “la Caixa” Foundation. The results highlight the need to improve the modeling approaches in these countries in order to understand the true burden of the disease and design adequate health policies.

Mycobacterium tuberculosis has been- and remains- one of the main causes of death throughout the history of humankind. In 2016, it was the single infectious agent that caused the most deaths. However, many tuberculosis cases are not diagnosed and many of the deaths it causes are not properly assigned, which means that the global disease mortality must be estimated using mathematical and statistical models.

And here lies the problem. The WHO estimated that the disease caused 1.8 million deaths in 2015, while the IHME, that leads the Global Burden of Disease study, estimated 1.3 million deaths for the same year. This difference of almost half a million deaths could have considerable impact on the design and evaluation of health interventions.

ISGlobal researchers Alberto García-Basteiro and Joe Brew, together with colleagues from other research centers, undertook a study to understand the reasons underlying these differences in estimates. They compared the WHO and IHME databases, analysed their methodology, and tried to explore which factors might drive the observed differences.They found that estimates were similar for a majority of countries. However, they detected considerable differences in the absolute number of deaths for a dozen countries, particularly Nigeria, Bangladesh and Tanzania. They also identified other countries with lower disease incidence (such as Azerbaijan, Marshall Islands, Timor-Leste, Papua New Guinea or Egypt) where the difference is considerable, relative to their burden of disease. The approach to calculate case detection rate, as well as the use of TB prevalence surveys, could be key factors underlying the observed differences.

“The efforts done by both institutions to estimate disease burden are important and necessary,” says García Basteiro. “However, these results identify a series of countries where special care should be taken to improve the estimates and thereby help the health authorities to understand the true burden of the disease in the country and prioritize control activities.” The authors also call on the international community to invest in developing or improving death registries and surveillance systems around the world.

In an accompanying commentary, Peter J Dodd says “the fact that this paper exists should be a cause for celebration” and emphasizes “none of the estimates should be considered completely authorative. However, the areas of uncertainty should not undermine the global importance of improving TB control.” 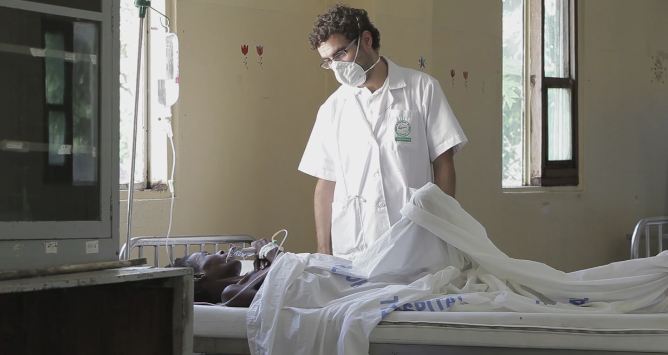 A Tuberculosis Crisis in Central and South American Prisons