This week saw the launch of a clinical trial (WHIP3TB) in which ISGlobal, institution supported by the “la Caixa” Foundation, and the Manhiça Health Research Centre (CISM) participate. The trial’s aim is to evaluate new therapies for the prevention of tuberculosis in persons living with HIV, and will include patients from South Africa, Ethiopia and Mozambique. The other partners of the project, funded by USAID through KNCV Tuberculosis Foundation, are the Aurum Institute, the London School of Hygiene and Tropical Medicine and the John Hopkins University.

People living with HIV have a higher risk of developing tuberculosis (TB). In order to prevent TB in these patients, the WHO recommends a daily dose of isoniazid (6H) treatment during six months. However, the lengthy prophylaxis results in poor treatment adherence, a worrying issue in countries with high burden of TB.

The WHIP3TB study aims to evaluate a new combination of drugs that includes a single round of weekly high doses of rifapentine and isoniazide for 3 months (3HP) for TB prevention in HIV-positive individuals. Treatment efficacy and adherence will be compared with the standard treatment (6 months of isoniazid). The trial will also evaluate the efficacy of one round of this combined treatment versus two rounds during two consecutive years, since the preventive capacity of isoniazid and rifapentine has been shown to decrease when prophylaxis is stopped.

“Taking medication during only 12 days (as compared with 180) would represent a huge step forward in improving adherence to preventive therapies, which is currently a major challenge due to their long duration” notes Alberto García-Basteiro, ISGlobal researcher and principal investigator of the study in Mozambique, and adds: “This is the largest TB trial we have ever conducted in Manhiça”.

The study plans to recruit 4,000 participants from the three countries and each patient will be followed up during two years. It is expected that this study, whose final results should be available by ends of 2019, will help improve TB chemoprophylaxis among HIV-positive individuals. 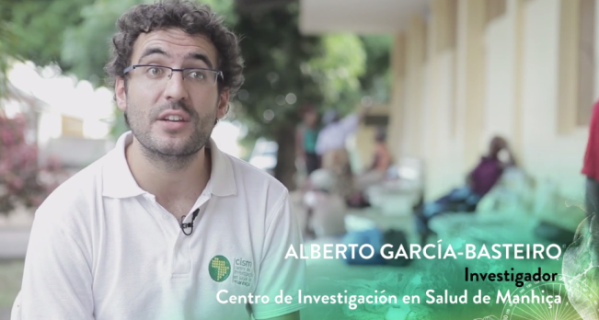 In Southern Mozambique, One out of Three Persons Diagnosed with HIV Do not Disclose their Status

The Incidence of TB Is On the Rise in Southern Mozambique