This is a response to: 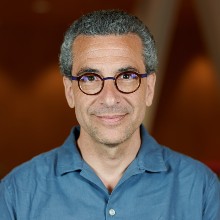 While I have no desire to trivialize the subject of a disease with such devastating consequences as Ebola, it is hard to ignore the fact that...