On Friday June 26, ISGlobal welcomed the visit to Barcelona of Graça Machel, an important African figure who has spent over 40 years fighting for the rights of women and children and for development all over the world. Machel, who is currently the president of the Mozambican organisation Foundation for Community Development (FDC), met with the Director of ISGlobal, Dr. Antoni Plasència, and the rest of the Institute's management team. Also present was Dr. Josep Maria Campistol, Medical Director of the Hospital Clínic de Barcelona.

After a brief presentation that reviewed ISGlobal's achievements since its creation and the challenges it has undertaken, the meeting focused on the various  projects coordinated by the Institute in the field of malaria, an area in which it has a long and distinguished history and is internationally recognised as a centre of excellence. Special emphasis was placed on the work of ISGlobal's Maternal, Child and Reproductive Health Initiative and the Institute's strategic alliance with the Manhiça Foundation in Mozambique, given the common interests of Machel and ISGlobal in these areas. Women are one of the main focuses of the Graça Machel Trust, and both the FDC and ISGlobal are members of the Board of Trustees of the Manhiça Foundation. Finally, specific issues were discussed, such as the work done with the Partnership for Maternal, Newborn and Child Health, an alliance of which Machel is the Chair and Nuria Casamitjana, Training and Education Director at ISGlobal, is a Board member.

After the meeting in ISGlobal, Machel met with a group of about 60 students who are attending the summer conference on global health organised by the Global Health Next Generation Network at the Universitat de Barcelona to discuss the challenges facing public health in developing countries. Later, she was invited to take a tour of Barcelona's Hospital Clínic and the laboratories of the Centro Esther Koplowitz.

During her visit to Barcelona, the President of the FDC also attended the opening of the course Safe Mothers and Newborns. A Leadership Workshop,  which was inaugurated on Sunday 28 July at the CaixaForum in Barcelona. The course is a joint initiative of ISGlobal, the Maternal Health Task Force at the Harvard School of Public Health and the Aga Khan University, three organisations that have joined forces in an academic alliance with the aim of accelerating the reduction of maternal and neonatal mortality. In her speech, the African leader stressed the importance of the year 2016, which will see the implementation of the Sustainable Development Goals,  and went on to discuss ways that new actors could be involved in this universal development agenda. 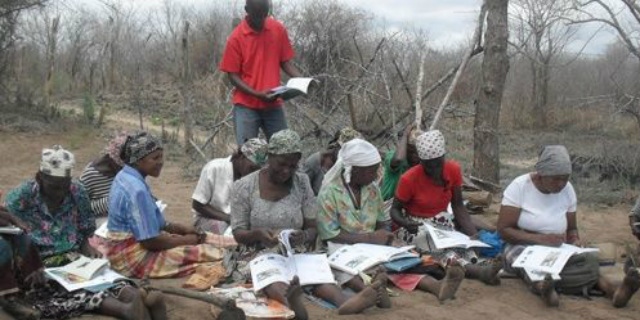